More than 18% of global electricity generation capacity comes from hydropower plants, and represents over 16% of the world’s power generation. According to leading data and analytics company GlobalData, the global hydropower power market is likely to grow at a Compound Annual Growth Rate (CAGR) of 2.4% until 2030, reaching over 165 gigawatts (GW) of installed capacity from 124GW at the end of 2018 despite climate change, changing patterns in land use, seasonal variations in the rainfall and frequent droughts.

The top 10 countries for total capacity remained (in descending order) China, the United States, Brazil, Canada, Russia, India, Japan, Norway, Turkey, and France, which together represented almost 70% of global capacity at the end of 2018. 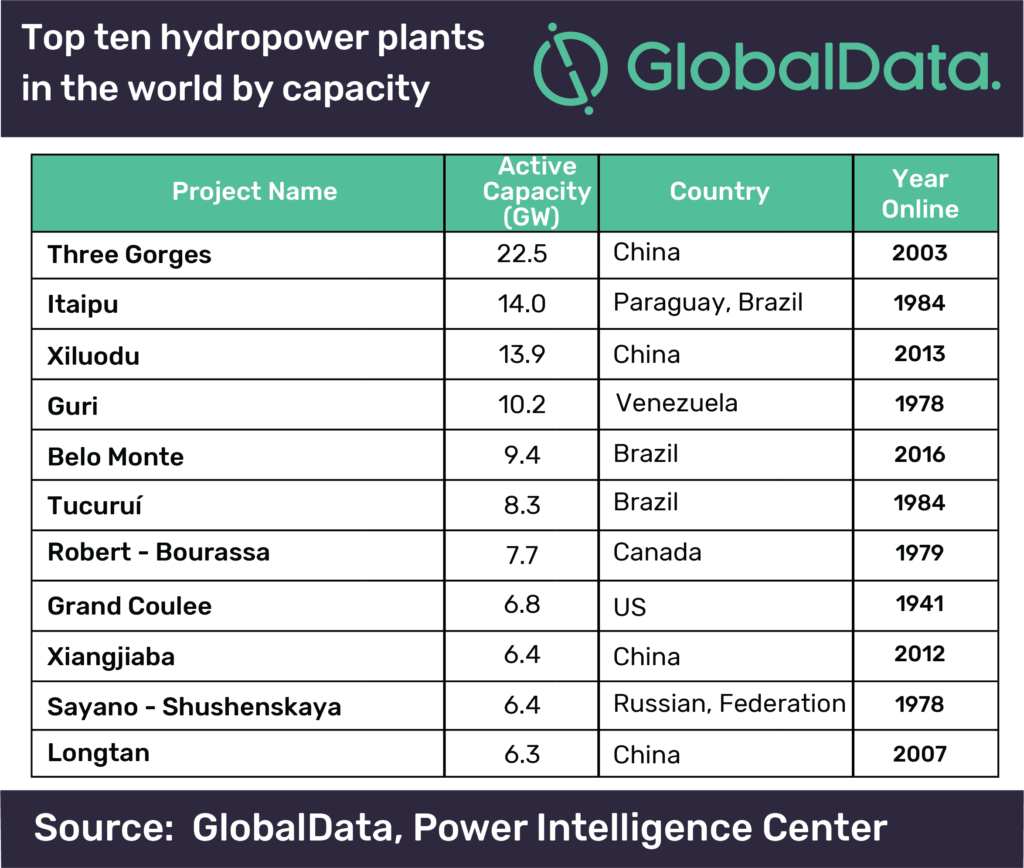 China is the biggest market, with more than 28% of the global hydropower installed capacity and clearly enjoys the monopoly on super-powerful dams. Among the top ten largest hydropower projects, four are located in China, representing almost 44% of the total capacity of these projects.

Ankit Mathur, Practice Head of Power at GlobalData, comments: “China, which is rich in hydro resources, will continue to preserve its monopoly as the leading country until 2030, with more than 22 projects of gigawatt size under construction, slated to be online by 2030. China’s Three Gorges project has remained the unchallenged leader in the list of top hydro projects, with a staggering capacity of 22.5GW.”

Brazil is second in the list, having three projects among the top ten hydropower projects, with Belo Monte being the largest in the region. The country ranks second in the cumulative hydropower installed capacity after China, and is the biggest market in South America for installed hydropower capacity.

Mathur concludes: “Currently, hydropower growth is the most active in fast growing economies like Asia-Pacific and emerging markets like South America.”