China to account for 27% of global petrochemical capacity additions by 2030, says GlobalData

28 Nov 2019
China to account for 27% of global petrochemical capacity additions by 2030, says GlobalData

China is expected to lead the global petrochemical industry capacity growth from planned and announced projects between 2019 and 2030 with 27% share, according to GlobalData, a leading data and analytics company.

Dayanand Kharade, Oil and Gas Analyst at GlobalData, explains: “China will dominate the global petrochemicals market in the mid-term with both the biggest number of new projects and the largest absolute capacity expansion driven by economic growth.” 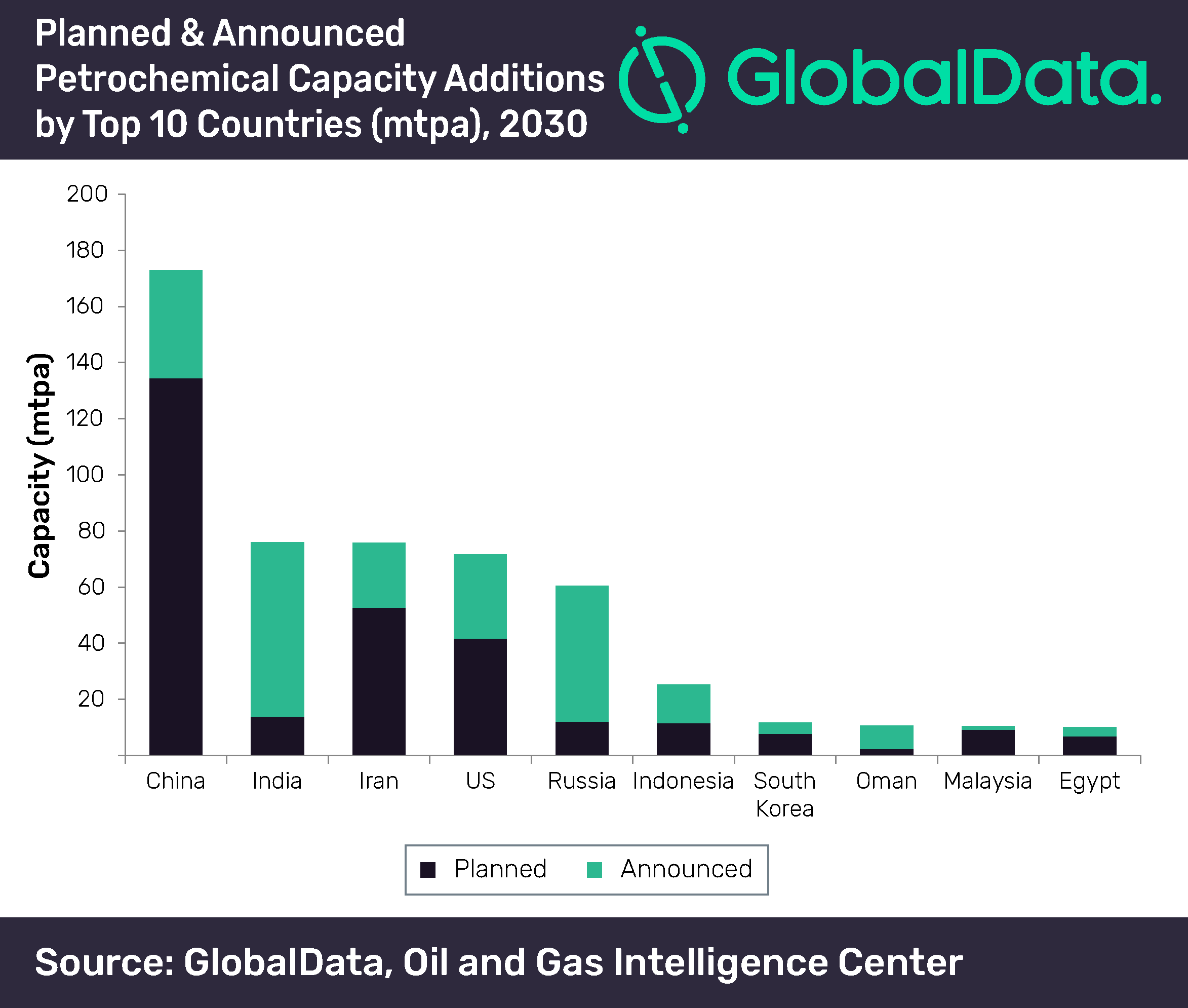