Despite a drop in its share, the Asia-Pacific (APAC) region, with its large population base and strong requirement for electricity generation capacity, will continue to influence the global solar PV module market over the forecast period 2018-2022, according to GlobalData, a leading data and analytics company.

The company’s latest report, ‘Solar PV Module, Update 2018’, reveals that market saturation, reduction in subsidies and declining costs of technologies are the major factors impacting the global solar PV module market. It states that the global market volume is estimated to decline at a negative compound annual growth rate (CAGR) of 2.8% from 87.5 gigawatt (GW) in 2018 to 78.13GW in 2022.

The large markets of China, India, Japan and the US are likely to decline, due to changes in their energy markets. In 2017, APAC constituted 73.6% of the market value due to the significant movements in the Chinese market.

Nirushan Rajasekaram, Power Analyst at GlobalData, comments: “The declining prices of PV modules and other auxiliary technologies such as inverters has translated into lower project costs; benefitting project developers and enabling proliferation within price sensitive markets. The declining price trend will be critical in driving the global market value down to $23.7bn in 2022.” 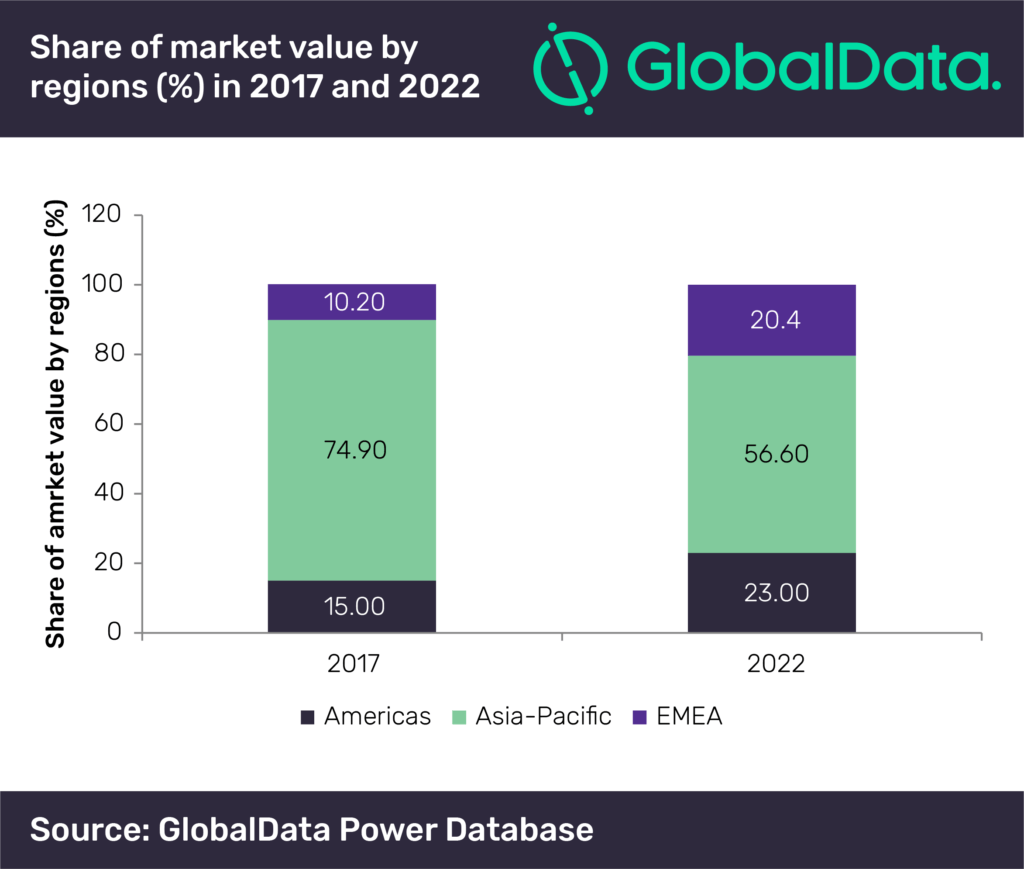 The various levels of economic progress exhibited by countries within APAC will help sustain the market for PV modules, despite a dip in the Chinese market. China, the largest market for solar PV is likely to see a decline in its market value, at a negative CAGR of 14.8% over the forecast period.

Rajasekaram adds: “In order to counter the redundant capacity deployment of solar, which has transformed into a cost burden, the government proposed removing subsidies for utility scale projects and moving towards a competitive bidding market. Other countries in APAC, in particular in the Southeast, would drive the market, which is estimated to be $13.4bn in 2022.”

Rajasekaram concludes: “The solar PV module market is projected to slow down, due to reduced installations in major markets. Declining price trends and environmental impact concerns of power generation would create new growth prospects in emerging nations. However, financial support and market restructuring to attract investments are critical for proliferation in countries. In addition, the simultaneous development of power grid infrastructure would support higher installations; the current lack of suitable infrastructure is inhibiting large scale installation of solar PV.”