Diagnosed prevalent cases of HIV to reach 2.1 million by 2029 in the 7MM

The diagnosed prevalent cases of human immunodeficiency virus (HIV) in the seven major markets (7MM*) are projected to increase from 1.87 million in 2019 to 2.1 million in 2029, with an annual growth rate (AGR) of 1.06%, according to GlobalData, a leading data and analytics company.

The company’s latest report, ‘Human Immunodeficiency Virus (HIV): Epidemiology Forecast to 2029’, estimates that in 2029 the US will have the highest number of diagnosed prevalent cases of HIV across the 7MM with over 1.4 million cases, whereas Japan will have the lowest number with around 28,000 cases. In the *5EU, GlobalData estimates there to be nearly 640,000 diagnosed prevalent cases of HIV in 2029. 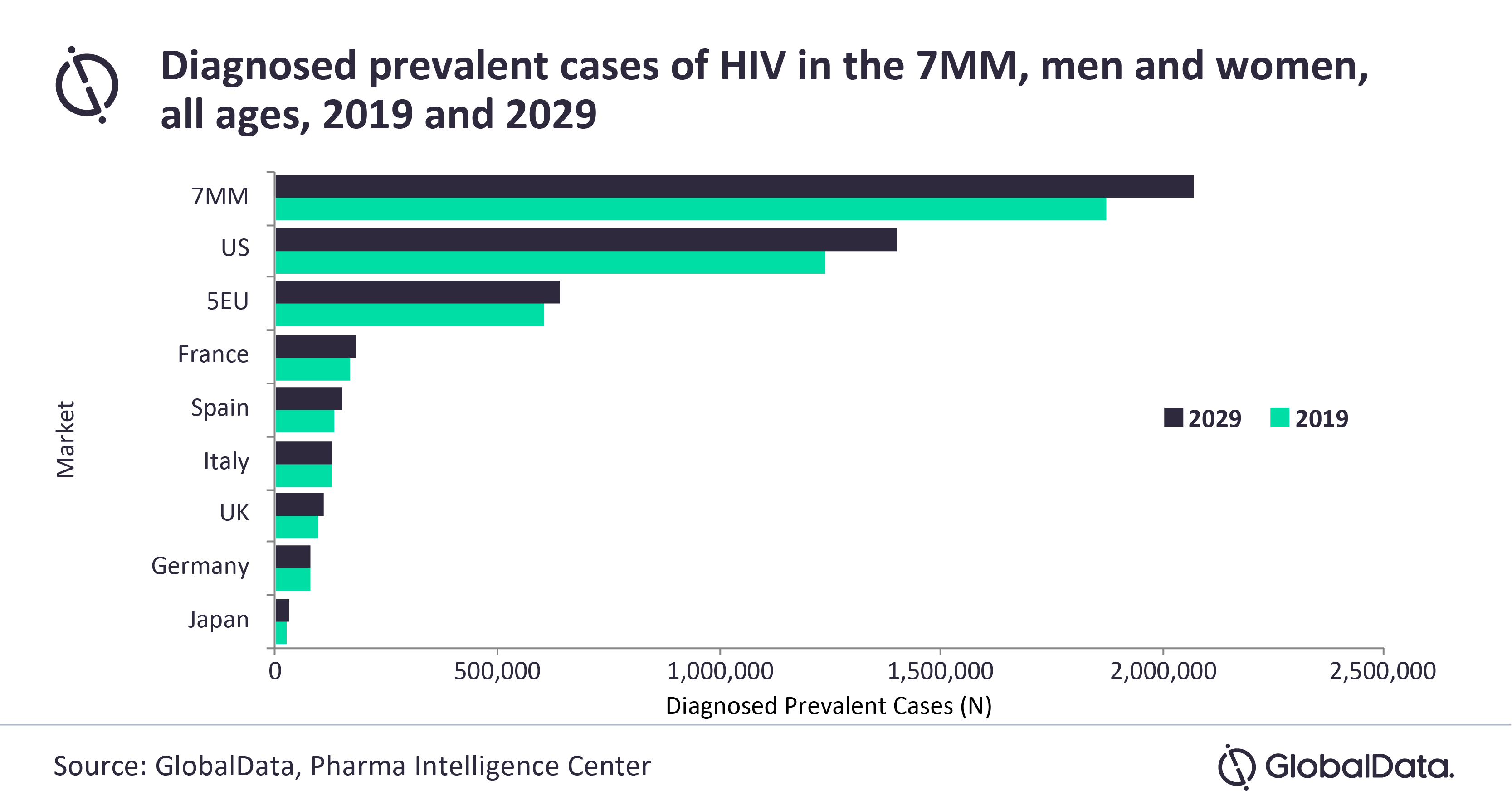 Natasha Karim, MPH, Managing Epidemiologist at GlobalData, says: “The rise in diagnosed prevalent cases are attributable to increases in the HIV diagnosis rate, significant and increasing historical trends in prevalence, and changes in the underlying population demographics.”

While the diagnosed prevalence of HIV continues to be a significant social and economic burden, the introduction and use of pre-exposure prophylaxis (PrEP) is becoming more widespread. PrEP is a medicine that is taken by people at risk of contracting HIV, and is highly effective at preventing HIV.

Karim concludes: “All 7MM have established national HIV initiatives and robust surveillance systems to drive efforts in HIV prevention, treatment and management. However, continued efforts should focus on increasing availability, accessibility and coverage of PrEP to reduce the global burden of HIV.”