An analysis of GlobalData’s Power Influencer Platform, which tracks more than 100 leading industry experts and their discussions pertaining to the emerging trends, pain areas, new fields of innovation and other popular areas on Twitter, has revealed Tor Valenza, Founder and CMO at UnThink Solar, as the top influencer on power during the first quarter (Q1) of 2021. Valenza largely shares updates on clean energy products and services. 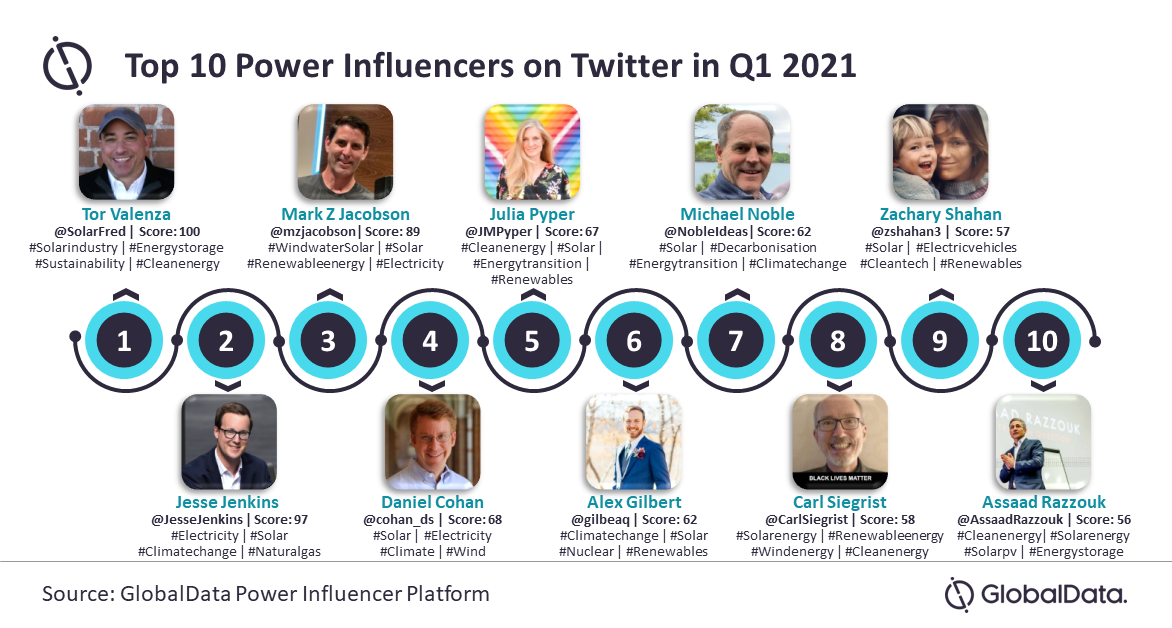 Jesse Jenkins emerged as the next top influencer among the power experts with an influencer score of 97. Jenkins is an Assistant Professor at Princeton University. He is a macro-scale energy systems engineer and focuses on the rapidly evolving electricity sector, including the transition to zero-carbon resources. Jenkins is followed by Mark Z Jacobson, Professor of Civil and Environmental Engineering at Stanford University, with an influencer score of 89.

Solar, coal and electricity were the most mentioned trends among the power influencer discussions on Twitter during the period.

Smitarani Tripathy, Influencer Analyst at GlobalData, comments: “Influencer conversations on power were dominated by renewables resources of power generation, with solar discussions running at the forefront. The views around solar energy were largely motivated by formation of solar farm by transformation of several coal plants across countries, for electricity generation to reduce carbon emissions and fight against climate change.”