Goldman Sachs has maintained its number one position at the head of the latest global mergers and acquisition (M&A) financial advisers league table for FY2018, compiled by GlobalData, a leading data analytics company. 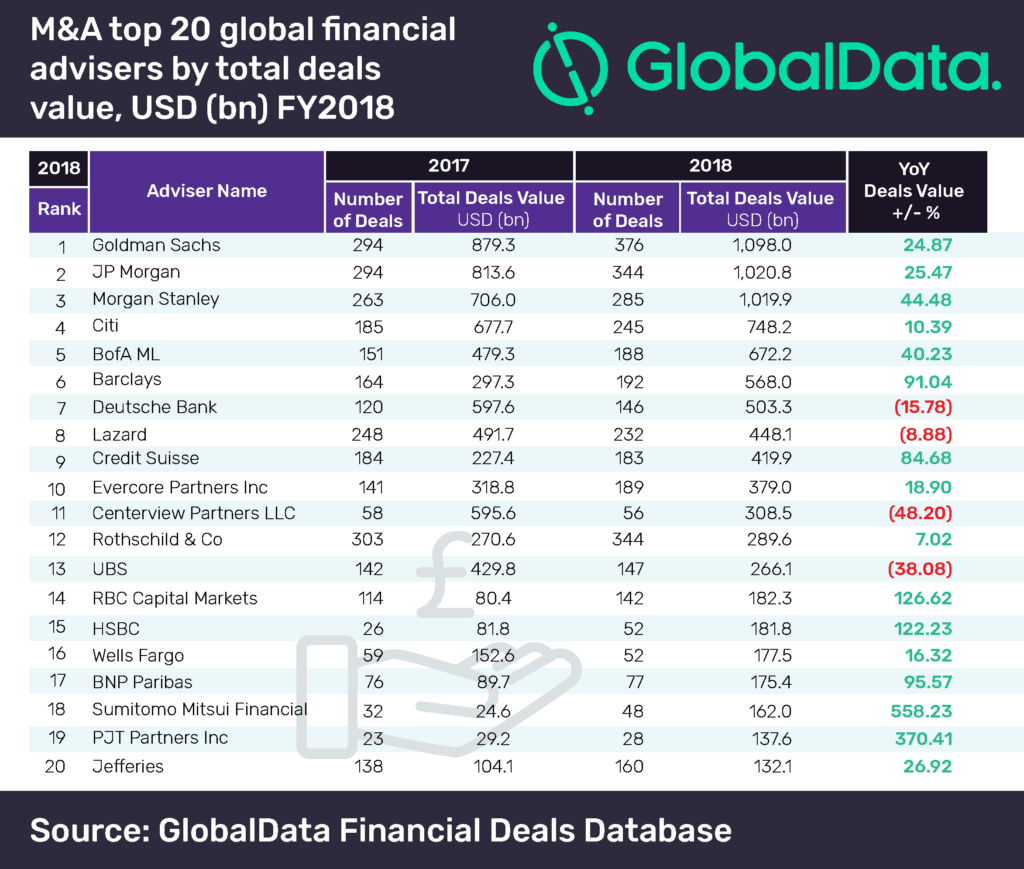 GlobalData compiles the league table using real-time data tracked from all merger and acquisition, private equity/venture capital and asset transaction activity globally. The company also confirmed that JP Morgan achieved second place with a total deals value of $1,020.8bn, a growth of 25.47%, closely followed in third position by Morgan Stanley with $1,019.9bn, a growth of 44.48% for FY2018.

Prakhar Baghmar, Financial Deals Analyst at GlobalData, commented, “The top three financial advisers, Goldman Sachs, JP Morgan and Morgan Stanley, each advised on more than $1tn worth of deals maintaining a significant lead over the rest of the Top 20 during the year.”

Citi and Bank of America Merrill Lynch secured fourth and fifth positions, with 245 deals valued at $748.2bn, and 188 deals worth $672.2bn, respectively.

In volume terms, Goldman Sachs maintained its lead with 376 deals during FY2018. JP Morgan and Rothschild & Co secured joint second with 344 deals each followed by Morgan Stanley with 285 and Citi with 245.