India is expected to lead with 18% capacity share in the global LNG regasification industry from new-build (planned and announced) projects between 2019 and 2023, according to GlobalData, a leading data and analytics company.

Adithya Rekha, Oil and Gas Analyst at GlobalData, explains: “Among the upcoming regasification terminals in India, Karwar Floating has the highest capacity of 365 billion cubic feet (bcf). This planned offshore terminal is expected to start operations in the Karnataka state by 2020.” 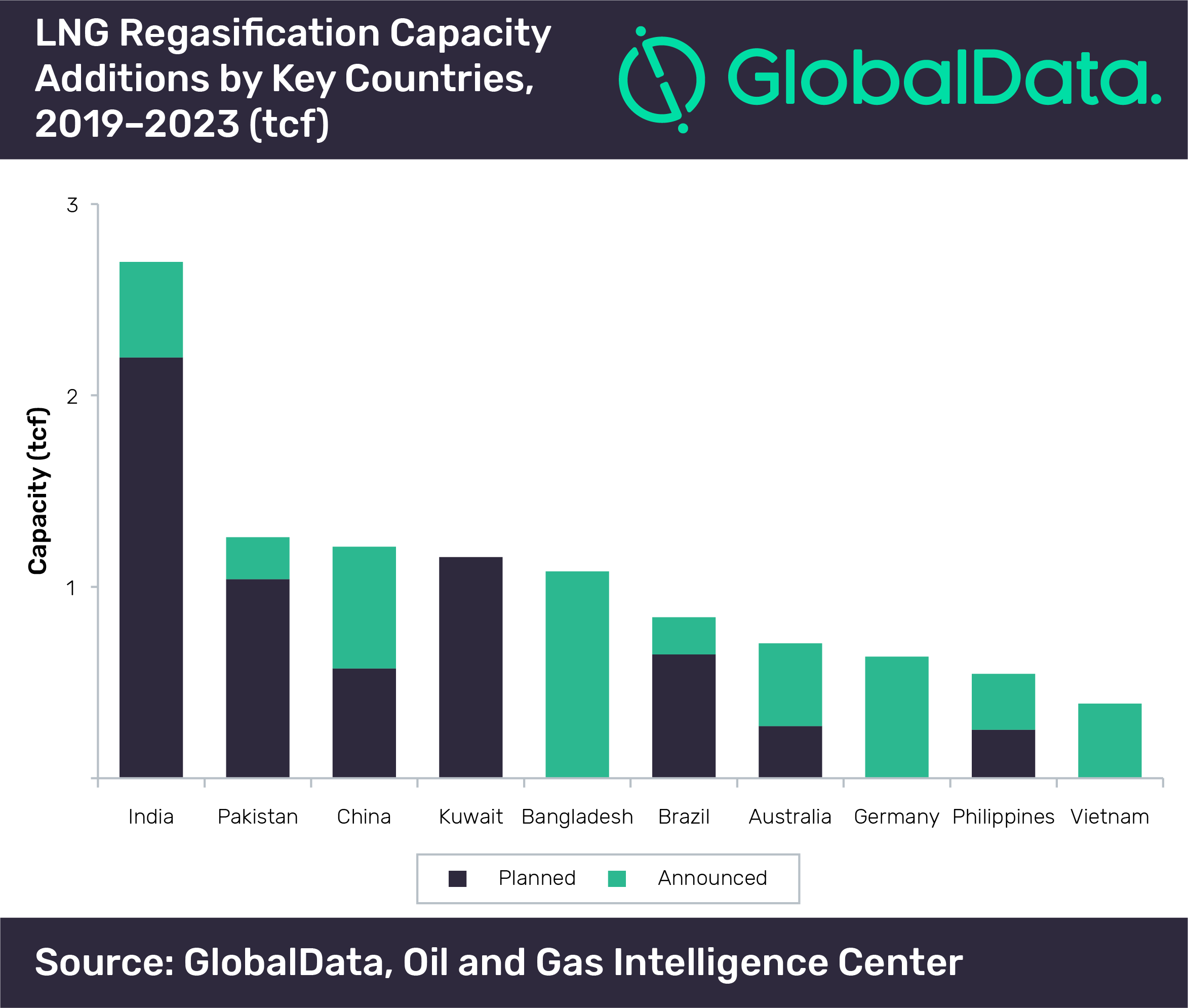 Of this total capacity, 1.0 tcf is expected to come from four planned projects while 0.2 tcf is likely to come from an early-stage announced project, Sonmiani Floating