A steady economic progress coupled with rising disposable income is set to drive the Indian meat sector, which is expected to grow at a compound annual growth rate (CAGR) of 9.3% from INR189.3bn (US$2.7bn) in 2018 to INR295.2bn (US$4.0bn) by 2023, says GlobalData, a leading data and analytics company.

Srimoyee Nath, Consumer Analyst at GlobalData, says: “Increasing workforce has brought about lifestyle changes leading to time-scarcity among consumers. These busy professionals are thus demanding convenient and time-saving eating options, which in turn are driving the growth of packaged meat products.”

According to the report, meat products in India are growing at a faster rate than other APAC countries such as Australia and South Korea. Indian meat market’s share in the overall APAC region is forecast to marginally increase from 1% in 2018 to 1.2% by 2023.

Furthermore, the per capita consumption (PCC) of meat is significantly low in India compared to both APAC and global levels, and is set to remain steady at 0.4kg over the forecast period. 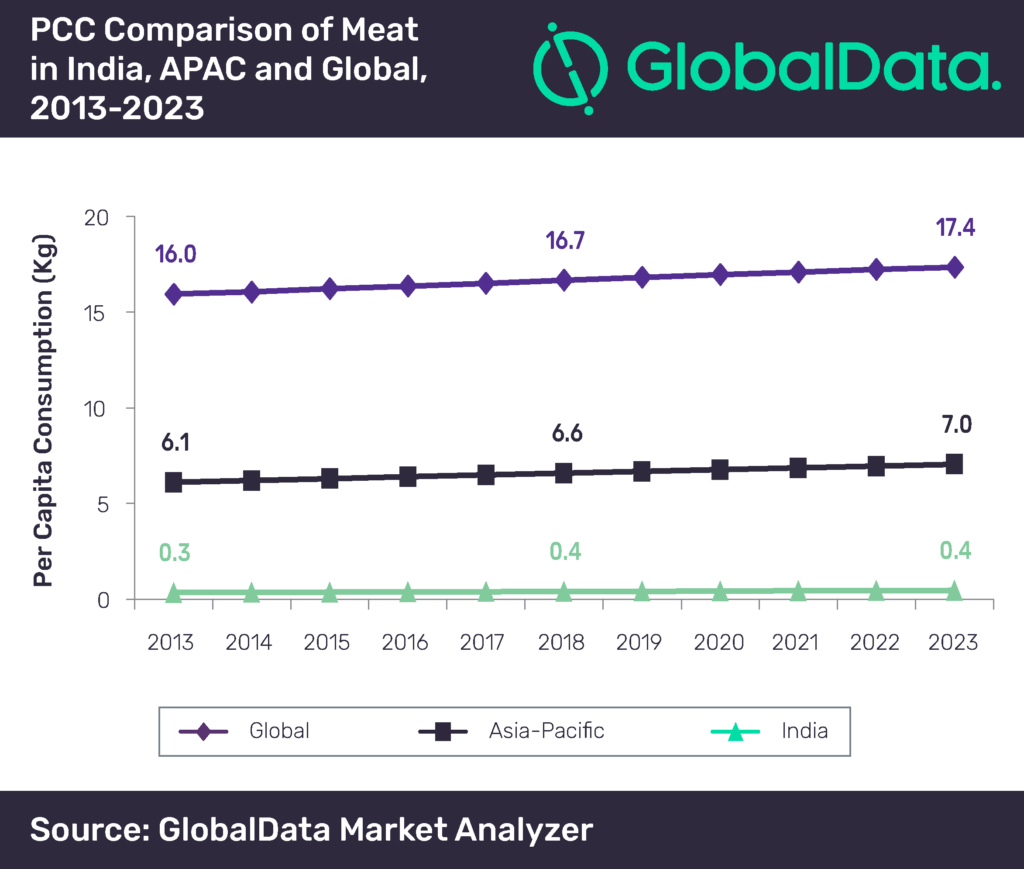 Suguna Group, VH Group and Godrej Tyson Foods Limited were the leading market players in the Indian meat sector in 2018. Suguna, Vencobb and Fresco Pollo were the top brands. Food and drinks specialists is the dominant distribution channel for the sales of meat products in India while consumers are increasingly preferring private label products over brands, leading to the former’s overall penetration level to stand at 34.1% in 2018.

Nath concludes: “The influence of Western culture in India, largely through social media networks, is gradually bringing about a change in the food habits of consumers, who now increasingly prefer packaged meat products. In addition, increasing participation of women in workforce leaves them with very little time for household activities such as cooking meals from scratch, thereby leading to the increased purchase of processed meat products.”