The overall regional risk score in the Middle East and Africa (MEA) region in Q2 2020 was 55.6, according to GlobalData’s proprietary Global Country Risk Index (GCRI).

The risk score of the MEA region was higher as compared to the score of 48.8 in Q4 2019 because of the ongoing social conflicts and rising geopolitical tensions arising between various nations in the MEA region remaining an area of concern.

Bindi Patel, Economic Research Analyst at GlobalData, says: “Recent events such as the US imposing further sanctions on Iran, ongoing protests in Egypt against the Egyptian President, conflicts between Syria and Yemen, and the civil war unrest across countries in the Middle East are some of the major risk factors within the region. GlobalData’s latest GCRI Q2 2020 update states the region is at the ‘highest risk’ level mainly due to rising political unrest and instability.”

With the COVID-19 outbreak, most countries across the MEA region are failing to contain the virus due to the lack of adequate healthcare systems, medical facilities and lack of appropriate healthcare infrastructure in place. Furthermore, with falling oil prices, oil-exporting countries are expected to fare far worse compared with oil importers due to the impact of lockdowns and fluctuations in oil market prices. According to GlobalData, the real GDP of the Middle East and African region is forecasted to contract by 5.12% in 2020.

Patel continues: “Alongside continuous political instability, one of the major challenges for the government is to address the issue of rising debt levels, while simultaneously trying to tackle rising COVID-19 cases. Additionally, high levels of unemployment with increasing poverty and inequality levels will further pose increasing stability challenges.” 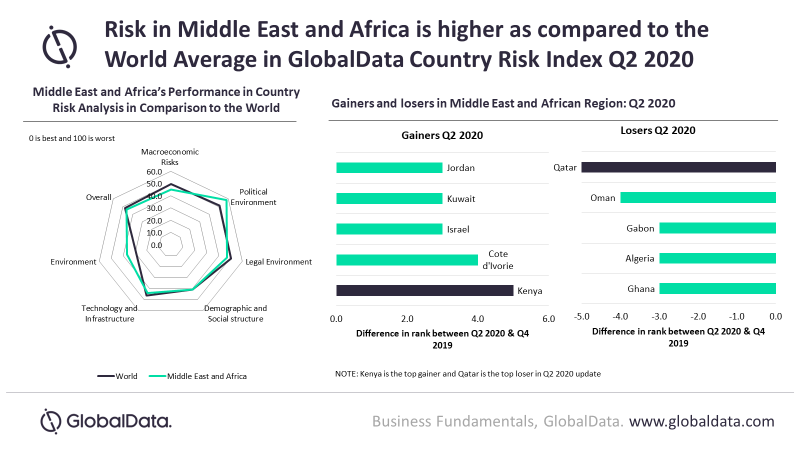 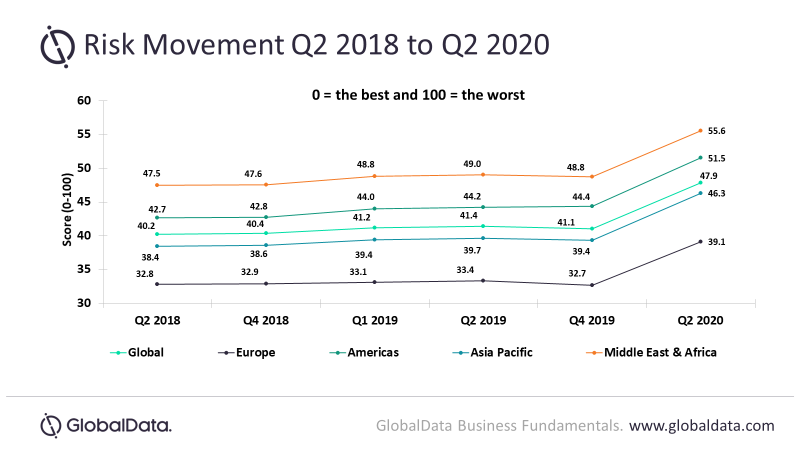 Israel’s risk is expected to come down further due to the signing of the Abraham Accords on September 15, 2020, which normalizes relations between Israel, the United Arab Emirates (UAE) and Bahrain. Additionally, Israel undertook reforms to improve its overall business environment.

Patel adds: “With lockdown measures gradually beginning to ease across the MEA region, reducing high levels of debt along with building adequate fiscal buffers should be highly prioritized by governments. Furthermore, Israel signing a peace deal with two Arab nations and a possible strengthening of the US and Saudi Arabia relation should reduce the overall risk in the region, in the near future.”