Data warehousing has become an integral part of business intelligence for most of the companies. Meanwhile, cloud-based data warehousing technologies are making disruption with new technologies such as AI, 5G, and Blockchain. Against this backdrop, Snowflake Inc (Snowflake) with a share of 35% has emerged as the most discussed company among the Redditors’ conversations around data warehousing in the last one year (1 April 2021- 31 March 2022), finds the Social Media Analytics platform of GlobalData, a leading data and analytics company. 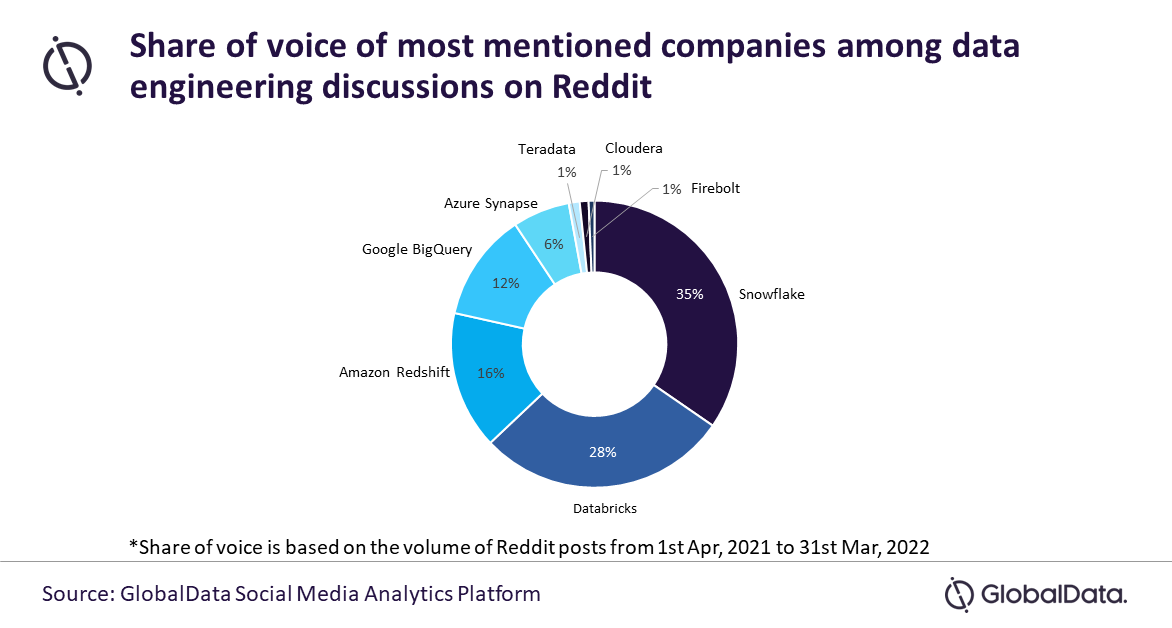 Smitarani Tripathy, Social Media Analyst at GlobalData, comments: “Snowflake was the most discussed company, where the conversations among the Redditors surged about masking sensitive data in Snowflake using Azure.”

Databricks accounted for 28% share of voice during the year and emerged as the next most mentioned company around data warehousing-related discussions. Some of the most mentioned concepts around Databricks were Notebook, Cloud, and Information Engineering.

Azure Synapse witnessed 170% growth in conversations, the highest growth among the top eight most mentioned companies during the period, followed by the discussion around data pipeline automation on Azure Synapse.