Twitter influencer discussions on food prices QoQ up by 130% during Feb-Apr 2022, reveals GlobalData

18 May 2022
Twitter influencer discussions on food prices QoQ up by 130% during Feb-Apr 2022, reveals GlobalData

With the global economy already shackled by the COVID-19 pandemic, the ongoing Russia-Ukraine conflict is further creating shock waves through the global food system. The disruption to the food supply chain for several commodities is eventually leading to food inflation. Against this backdrop, Twitter influencer conversations around ‘Food Prices’ rose by 130% in the last three months (Feb-Apr) 2022, when compared to the previous three months, according to the Social Media Analytics Platform of GlobalData, a leading data and analytics company. 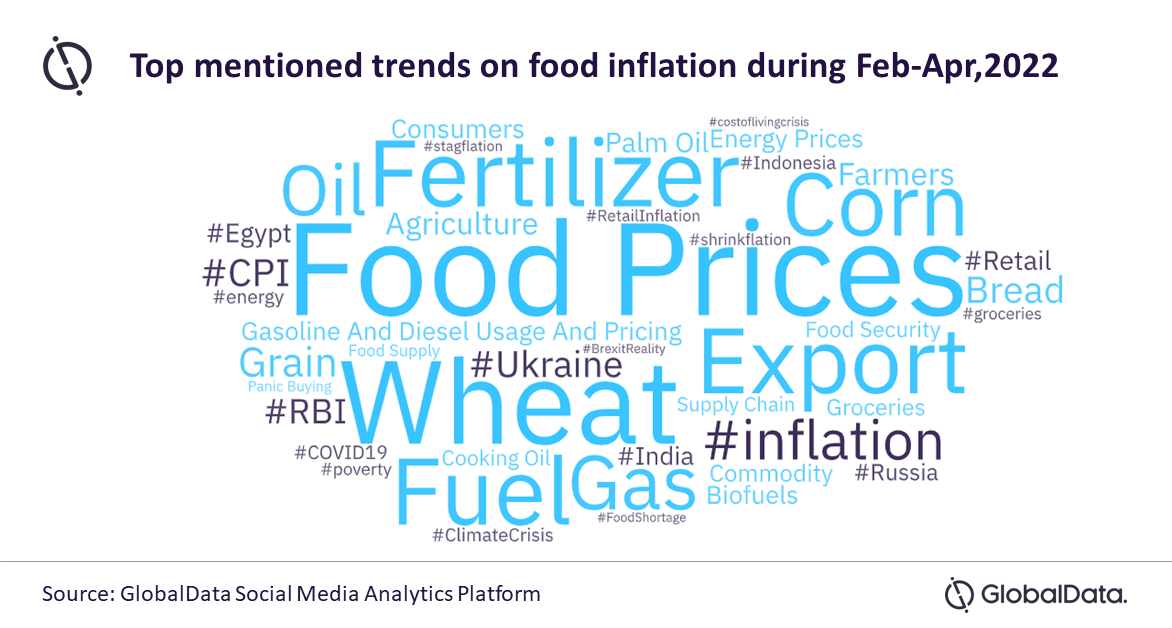 Twitter influencers are of the opinion that food prices will continue to remain higher in the near-term on the back of the war crisis and the widening sanctions of western countries on Russia.

Smitarani Tripathy, Social Media Analyst at GlobalData, comments: “‘Cooking Oil’, ‘Wheat’, ‘Fertilizers’, and ‘Corn’ were some of the leading commodities among influencers discussions on ‘Food inflation’, as commodity prices have been soaring globally due to the supply shortage from Russia and Ukraine, the world’s highest exporters of several food items. Influencers are suggesting action to prevent hunger in countries across Africa, and the Middle East due to rising food insecurity and poverty.”

Below are a few most popular tweets captured by GlobalData’s Social Media Analytics Platform:

“Food price #inflation was widely predicted. What I haven’t seen is any plan to bring it back down. I’m sure markets will eventually re-route around the damage, but I expect prices to still be higher when it does…Commodities #NewIronCurtain”

“The war in Ukraine & sanctions on Russia are sending food prices to the moon. In one month, the Economist food price index shot up by 12.2%. Countries, like Egypt, may soon face food insecurity & rising poverty as a result.”