The West’s sanctions on Russia, as well as biopharmaceutical companies and venture investment firms halting investment and business with Russian companies, will impact only a few early-stage innovator drugs that involve Russian investors as venture financing from Russian investors in foreign innovator drugs is limited, says GlobalData, a leading data and analytics company.

Sharon Cartic, MSc, Associate Director for Business Fundamentals at GlobalData, comments: “According to GlobalData’s Pharma Intelligence Center Deals database, US venture financing in innovator drugs totalled $100 billion, with Russia only investing $200 million over the last five years. The majority of foreign innovator drugs funded by Russian venture capital firms are in the early stages of development. Therefore, the progression of this limited number of early stage drugs may be hindered if these venture financing deals are terminated.” 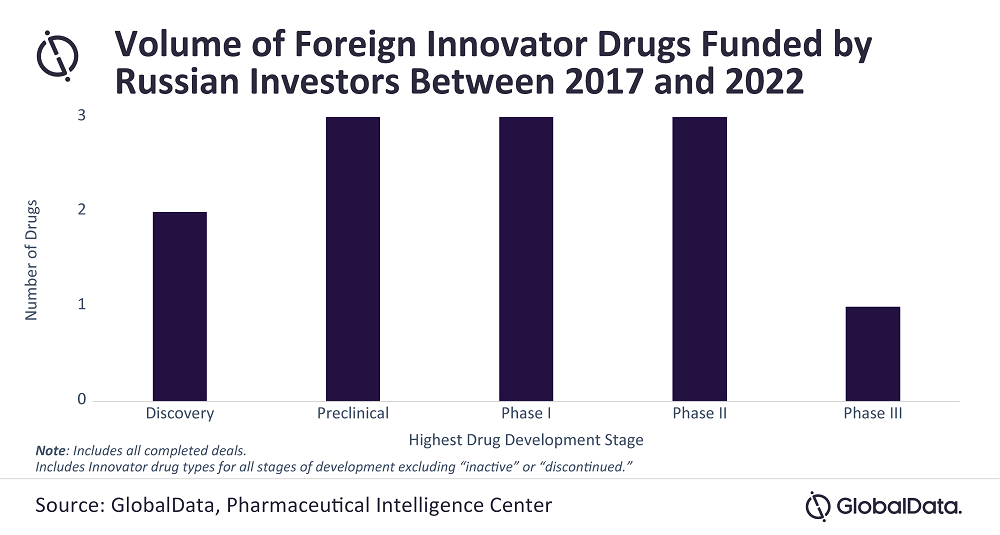 Oncology was the therapy area with the highest number of foreign innovator drugs funded by Russian investors, including BioNTech’s Phase I BNT-221 (NEOPTC-01) and preclinical-stage candidate NEOPV-01, in addition to Amphivena Therapeutics’ Phase II AMV-564.

Biopharmaceutical executives and leading venture investment firms co-signed a letter on February 26, 2022, to halt any investment and business with Russian companies. Although essential medicines are exempt from the sanctions, companies will still refrain on accepting capital from investors located in or linked to Russia.

Cartic concludes: “This could further impact the already struggling biotech stock scene, which saw a fall in the valuations of over-priced IPOs in 2021, leaving many investors considering their investments even more selectively in 2022. With sanctions against the two Russian banks that trade significantly with the US — Public Joint Stock Company Sberbank of Russia (Sberbank) and VTB Bank Public Joint Stock Company (VTB Bank) — this could see Russia shift their collaborations towards other countries, such as China, raising concerns for US venture capitals.”