The total telecom and pay-TV services revenue in Japan is set to grow at a moderate compound annual growth rate (CAGR) of 2.3% between 2018 and 2023, mainly supported by the rising adoption of mobile data, fixed broadband and pay-TV services, says GlobalData, a leading data and analytics company.

According to GlobalData’s fixed communications, mobile broadband and pay-TV forecast packs, mobile data will be the fastest growing and largest revenue-contributing segment to the Japan’s telecom and pay-TV services market during the forecast period.

Mobile data’s revenue share is projected to grow from 36% in 2018 to 46% by the end of 2023, mainly supported by the rapid and widespread adoption of Long-Term Evolution (LTE) services and the planned launch of 5G services in 2020. 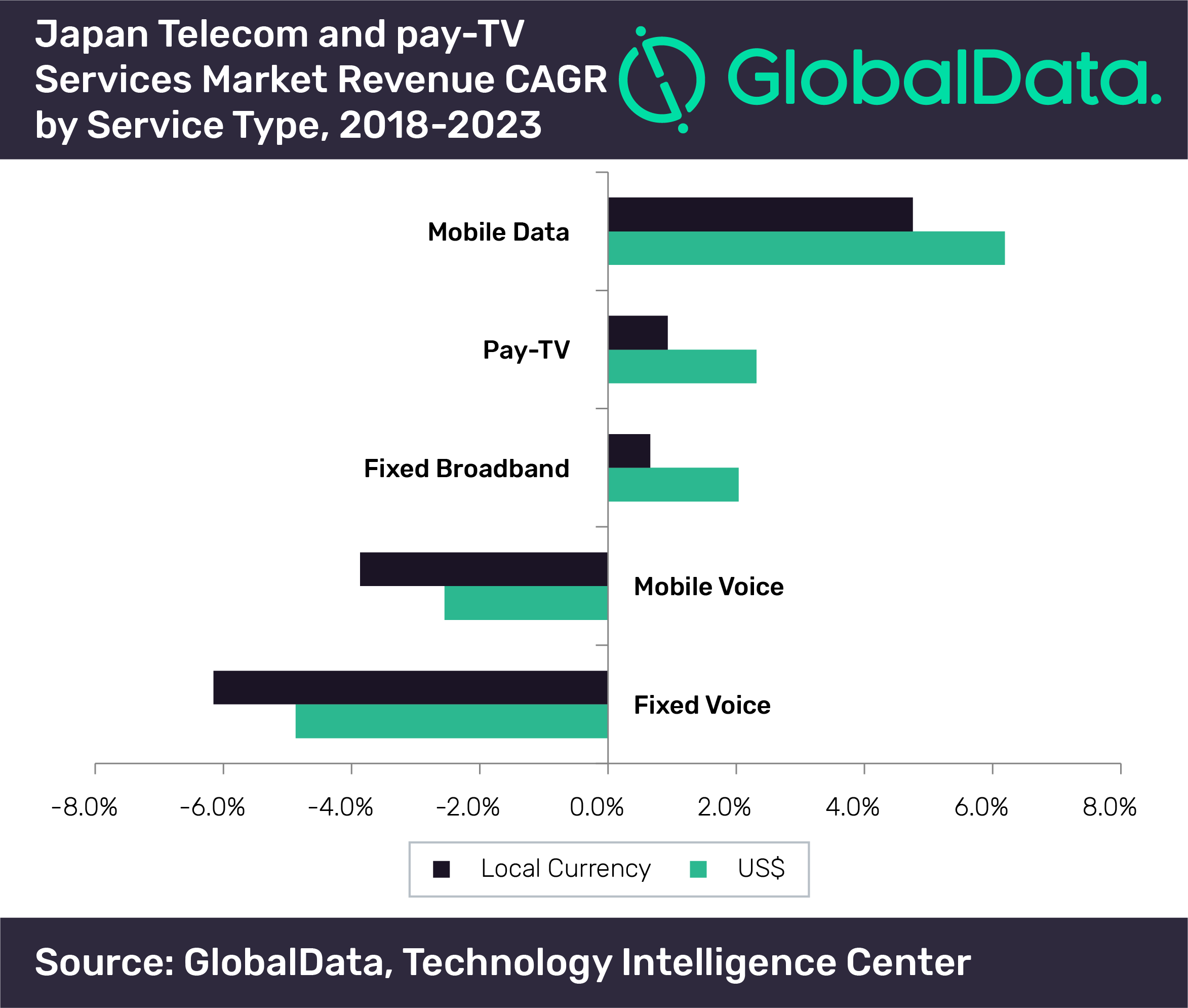 Hrushikesh Mahananda, Senior Analyst of Telecoms Market Data and Intelligence at GlobalData, says: “4G will continue to remain the most adopted wireless network technology throughout 2018-2023, owing to the increasing demand for faster mobile data connections and widespread availability of 4G network.”

Japan’s mobile subscription penetration, which reached 139% in 2018, is set to grow to about 163% by 2023, led by rising smartphone subscriptions and Machine-to Machine/Internet of Things (M2M/IoT) subscriptions as mobile network operators (MNOs) continue to focus on expanding IoT product offerings to consumers and enterprises.

NTT DoCoMo will continue to lead the mobile market through 2023 driven by its extensive 4G coverage and 5G development initiatives.

KDDI is focusing on network investments, mainly for the deployment of 5G network by aiming to raise funds up to ¥90bn (US$797bn) via a medium- to long-term bond sale. Going forward, competition will intensify further with the entry of fourth mobile operator Rakuten in October 2019.

With all the three major MNOs carrying out 5G trials using assigned spectrum awarded by the regulator in April 2019, GlobalData expects 5G services to account for about 25% of the total mobile subscriptions by the end of 2023.

Mahananda concludes: “With the introduction of 5G services in 2020 and continued expansion of LTE and fibre network, Japan’s telecom market is witnessing a significant evolution and development. Extension of mobile connectivity, IoT and smartphones has become a driving force for Japan’s telecom operators who are continuously adapting to these evolving market changes to increase revenue and profit.”