Morgan Stanley and Evercore have emerged as the top mergers and acquisitions (M&A) financial advisers in the oil and gas sector for Q1-Q3 2020 by value and volume, respectively. A total of 1,115 M&A deals were announced in oil and gas sector during the period, according to GlobalData, a leading data and analytics company.

In GlobalData’s ranking, Morgan Stanley attained top spot in terms of deal value by advising on 11 deals worth $69.4bn, which was the highest value among all the advisers. On the other end, Evercore led in volume terms having advised on 13 deals worth $24.2bn.

Aurojyoti Bose, Lead Analyst at GlobalData, comments: “Morgan Stanley remained as the only adviser to surpass the $50bn mark due to its involvement in big-ticket deals. It also showcased double-digit deal volume and occupied third position in this metric. On the other hand, Evercore, which managed to advise on a couple more deals than Morgan Stanley, lagged behind in terms of value and settled at eighth position by value. 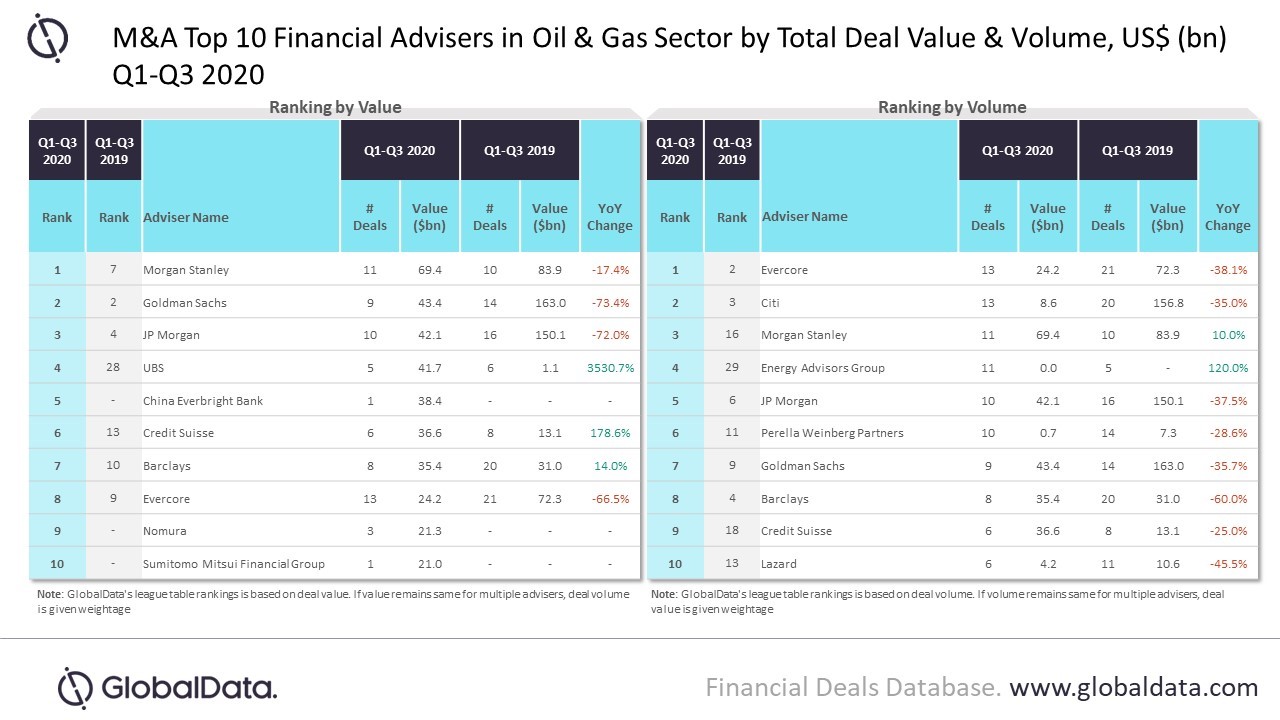 Citi occupied the second position by volume with 13 deals worth $8.6bn, followed by Morgan Stanley.