The rising threat of data breaches among enterprises has raised the issue of securing enterprise networks. As a result, the network security revenue in the Asia-Pacific (APAC) region is estimated to reach US$1.4bn in 2024, says GlobalData, a leading data and analytics company.

The overall network security spending in the region is expected to grow at a compound annual growth rate (CAGR) of 1.3% during the forecast period 2019-2024. In 2019, manufacturing and banking, financial services and insurance (BFSI) verticals accounted for nearly 15% and 14%, respectively, of the total revenue for network spending. These verticals will continue to together account for approximately 28% of the revenue in 2024.

Network security spending in the government vertical is expected to witness a CAGR of 2.8% during the forecast period, as the government is required to ensure safety and privacy of personal data of citizens that is being accessed through mobiles and other personal devices. 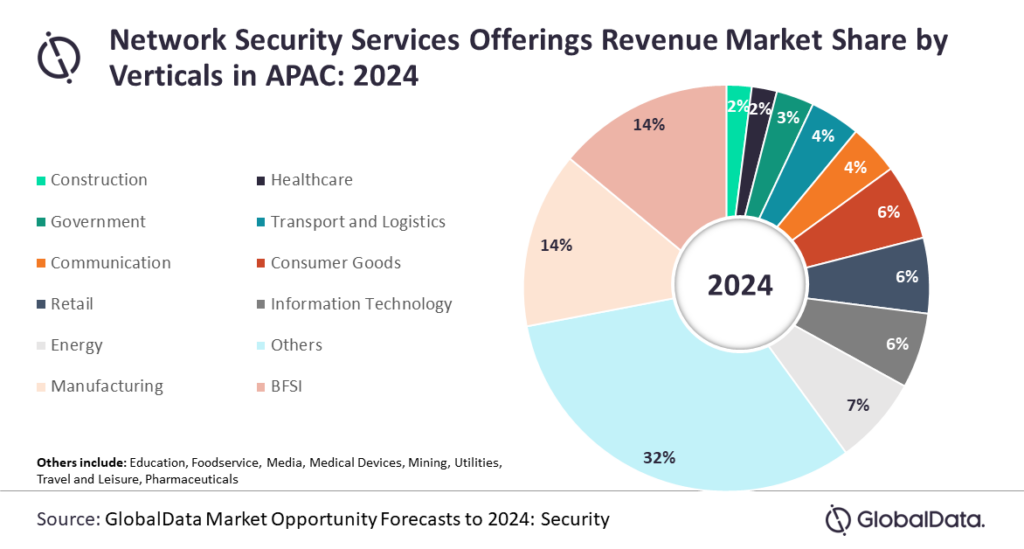 The development of new technologies such as artificial intelligence, industrial Internet, and 5G technology has also led to the growth in the requirement of network security solutions. Similar laws have also been introduced in other countries such as Singapore (Cybersecurity Bill) and Malaysia (Anti-Fake News Law).

Mr. Sharma concludes: “The COVID-19 pandemic has enforced most of the employees globally to work from remote locations to ensure business continuity. This has resulted in increased instances of data breach threats owing to the lack of resilient network security features at the employees and small and medium enterprises who writhed with time to secure their enterprise networks. With increased emphasis on data security, network security is expected to witness demand by the enterprises over the next few years as well.”