China has seen a significant surge in biosimilar approvals over the last three years, with 13 new biosimilars approved during 2018–2021. Strong biosimilar pipeline and the latest regulation changes by the National Medical Products Administration (NMPA) are likely to drive China’s biosimilar market to new heights, says GlobalData, a leading data and analytics company.

Prior to 2019, China had no official biosimilars available. The recent surge in biosimilars has helped China become one of the leading biosimilar markets in only three years, overtaking South Korea to reach second place behind Japan, in terms of number of approvals in 2019. 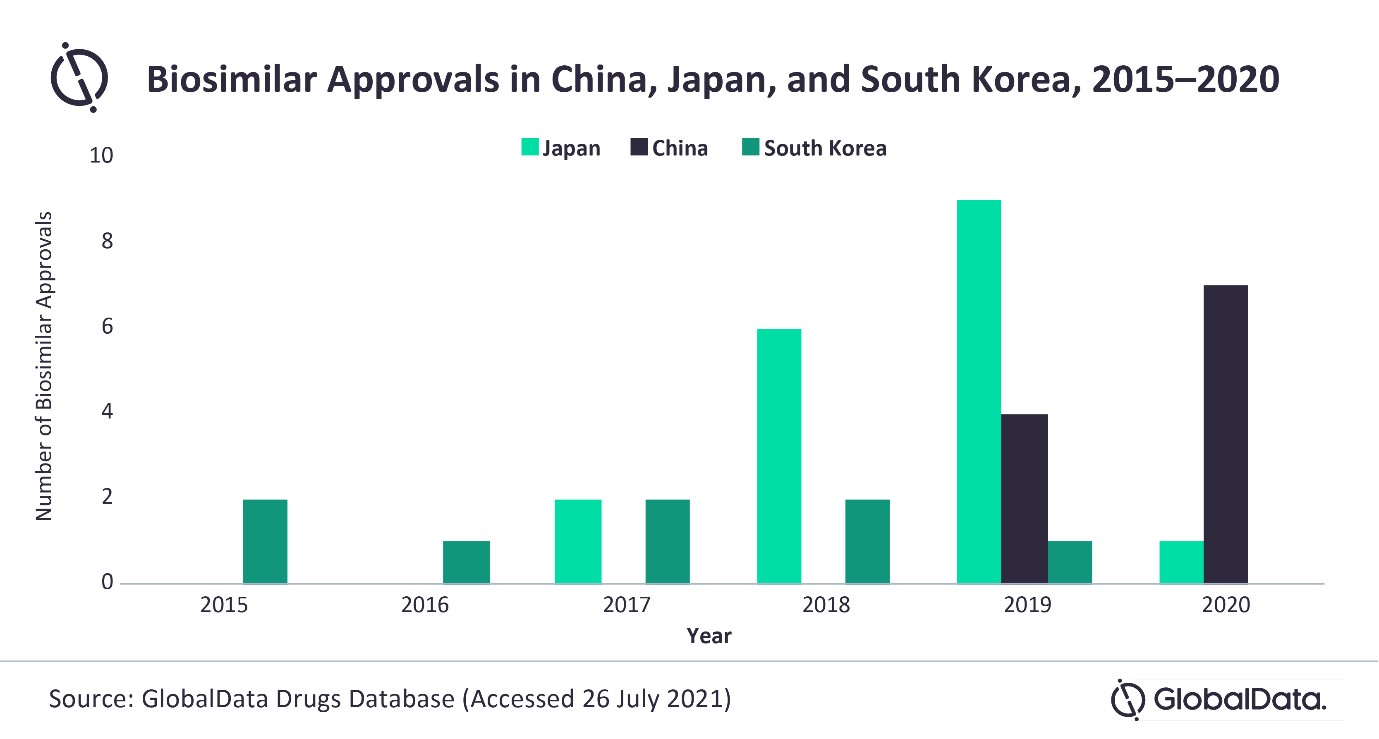 Mr Quentin Horgan, Senior Drugs Database Analyst at GlobalData, comments: “China stimulated its biosimilars market through the implementation of new legislation and regulations by NMPA. In 2015, the NMPA released the first guidelines for an established biosimilar pathway within China.”

Mr Horgan continues: “Additionally, the NMPA has made multiple regulatory changes to reduce the costs and barriers for companies performing biologics R&D. This, alongside the new biosimilar guidelines, is driving Chinese biosimilar approvals leading to remarkable growth.”

In February 2019, China’s first official biosimilar, the rituximab biosimilar HLX01, was approved. It is developed by Shanghai Henlius Biopharmaceutical for the treatment of non-Hodgkin’s lymphoma (NHL).

Mr Horgan concludes: “The surge in Chinese biosimilars looks set to continue into the future, with 11 biosimilar drugs currently in pre-registration and awaiting approval by the NMPA, as well as approximately 100 biosimilars in the pipeline.”