System integration contracts now dominate the IT services landscape in India following steady growth in recent years, according to leading data and analytics company GlobalData. The company’s ‘IT Services Contracts Database’ reveals that this type of contract accounted for nearly half (48%) of the all IT services deals in the country during 2017.

Piyush Sharma, Lead Technology Analyst at GlobalData, commented: “The manufacturing sector has been at the forefront in signing system integration contracts, as it looks to seamlessly integrate various enterprise applications with the IT ecosystem. However, Business Process Outsourcing (BPO) contracts have declined in the Indian enterprise market over the last two years, as enterprises have been keen to manage their business functions in-house.” 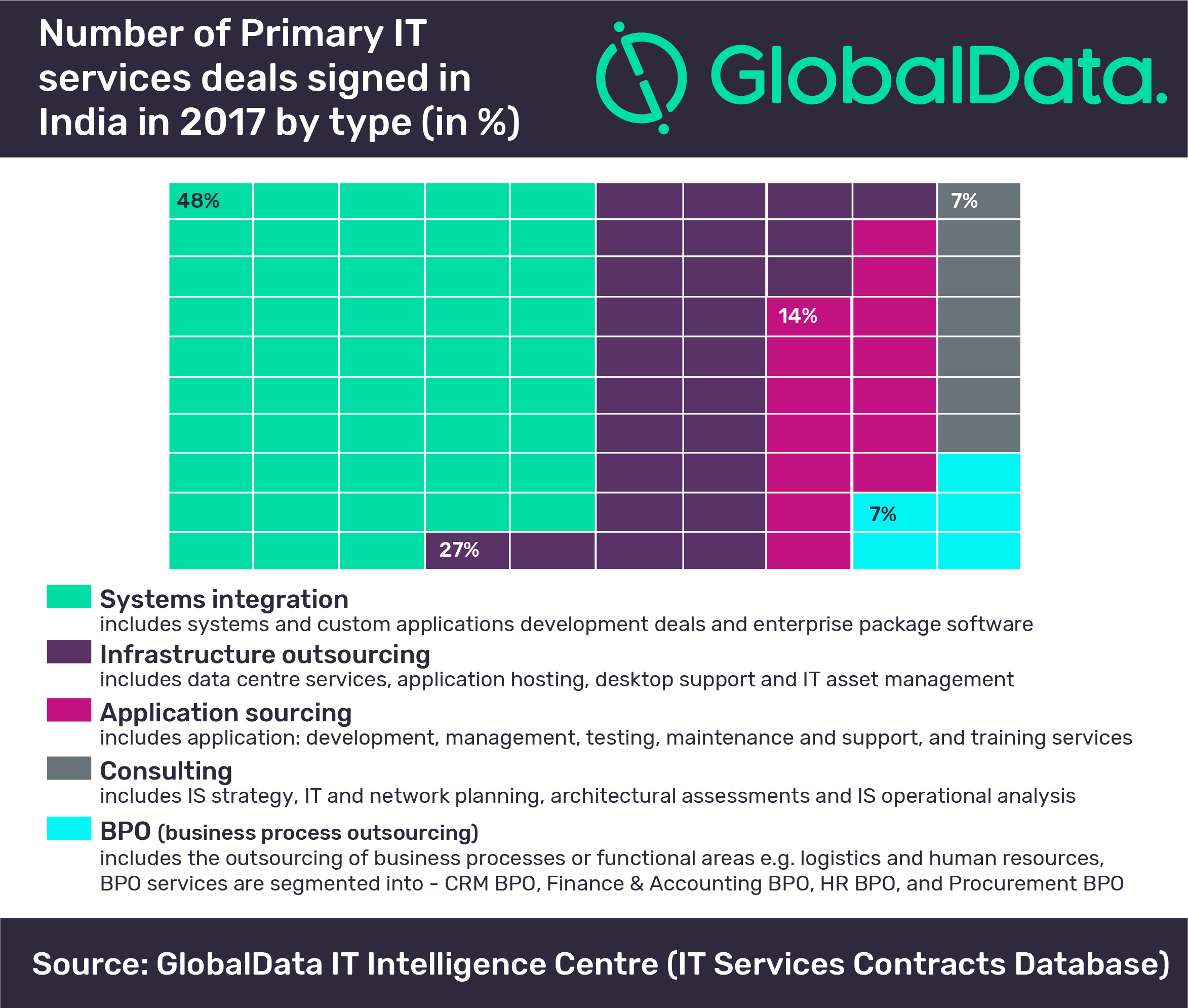 Sharma, continued, ‘‘It was interesting to see that infrastructure outsourcing and applications outsourcing contracts were also in demand, accounting for 27% and 14% of the total IT services deals announced.’’

With respect to the total contract value (TCV), infrastructure outsourcing deals generated the most revenue of all IT services contracts with US$537.6 million, primarily driven by the announcement of two large contracts ( over US100 million) in the telecommunications sector.

Information based on GlobalData’s database: ‘IT services contracts database’