Travelers from India to UAE set to reach 3.3 million by 2023, says GlobalData

The number of international travelers from India to the UAE is set to grow from 2.6 million in 2019 to 3.3 million in 2023, increasing at a compound annual growth rate (CAGR) of 6.1%, according to GlobalData, a leading data and analytics company.

Ralph Hollister, Travel and Tourism Analyst at GlobalData, comments: “Emirates such as Dubai act as a home away from home for the Indian source market. Several varieties of Indian food and a wide range of activities such as sports, night-clubbing and heritage tours help to attract different age segments within the Indian source market to the UAE.” 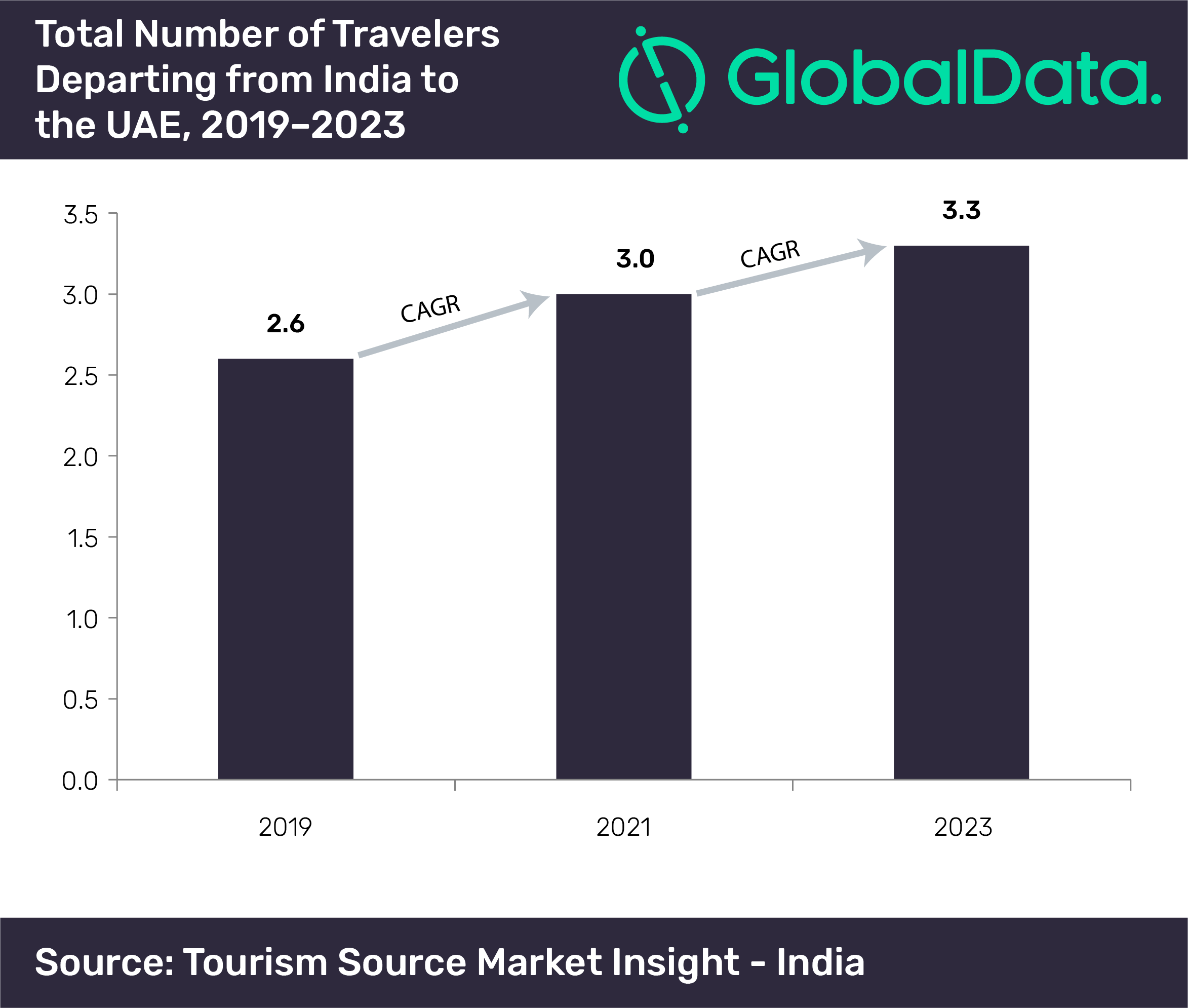 The popularity of the UAE has had a positive impact on its surrounding nations. From 2019 to 2023, visitation numbers from India to Saudi Arabia are also predicted to grow at a CAGR of 5.4%, with inbound flows growing from 1.8 million to 2.2 million.

Similar to the UAE, Saudi Arabia is accessible to Indians through budget airlines such as IndiGO at affordable prices.

Hollister continues: “India is among the top three nationalities to visit Saudi Arabia every year for religious purposes. In 2017, around 700,000 Indian pilgrims traveled to Saudi to perform either the hajj or umrah. ‘ The All India Haj Umrah Tour Organizers Association’ states that India has two categories of religious pilgrims: poor or lower middle class but still save up and go for the obligatory hajj, and upper middle-class families who can afford to go on hajj or umrah multiple times.”

The rising disposable income with middle class families and the growing perception among Indians that their social status will be elevated while traveling to fashionable cities in the Middle East will continue this growth trend for years to come.