The US will drive new-build, small-scale liquefied natural gas (LNG) liquefaction capacity additions globally from planned and announced (new-build) projects between 2019 and 2023, contributing around 40% capacity growth by 2023, according to GlobalData, a leading data and analytics company. 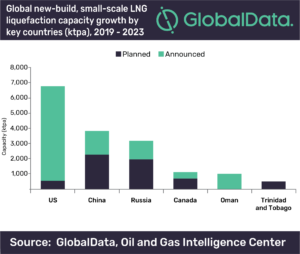