The US is forecast to drive new-build, liquefied natural gas (LNG) liquefaction capacity additions globally from planned and announced (new-build) projects between 2019 and 2023, contributing around 73% of global new-build LNG liquefaction capacity growth by 2023, according to GlobalData, a leading data and analytics company.

Adithya Rekha, Oil & Gas Analyst at GlobalData, comments: “The US is expected to add capacity of 156.9 mtpa from 17 new-build LNG liquefaction terminals by 2023. Of these, the Rio Grande terminal will have the highest capacity of 17.6 mtpa. The terminal is expected to start operations in 2023.” 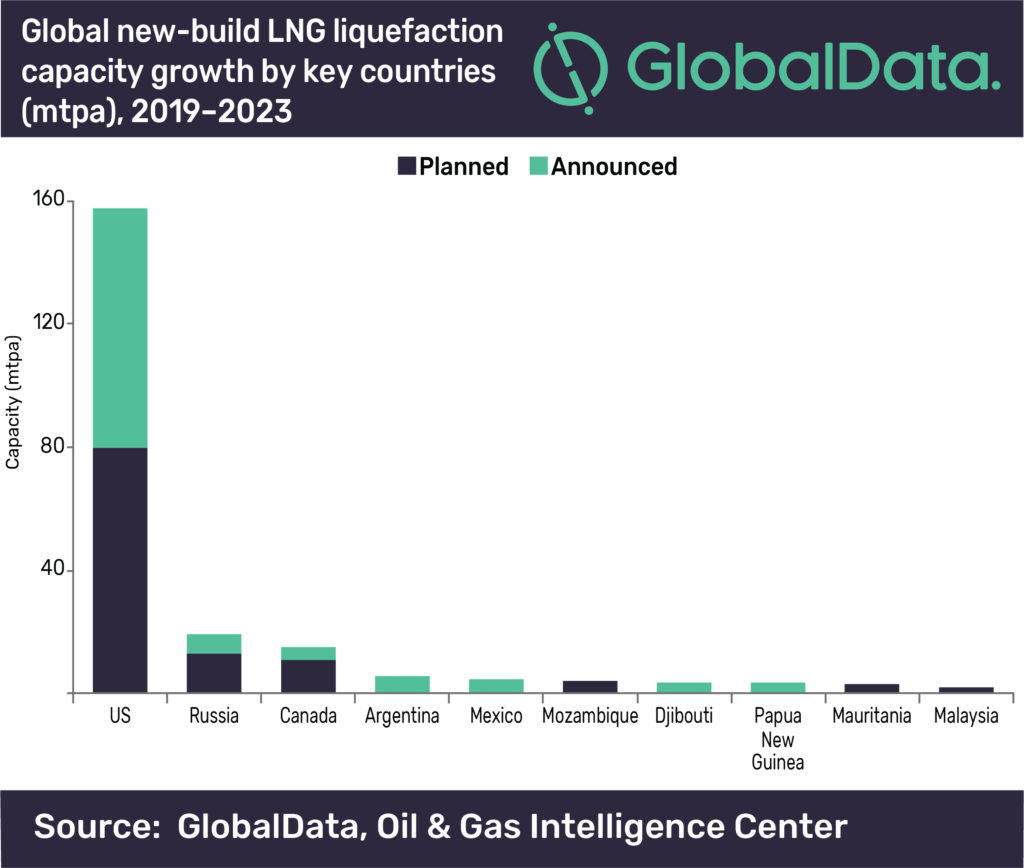 Russia is the second highest country globally in terms of new-build LNG liquefaction capacity additions with 18.7 mtpa by 2023. The Arctic-2 and Baltic lead in the country with similar capacity additions of 6.6 mtpa and 6.5 mtpa, respectively, by 2023.