Goldman Sachs has dominated the latest mergers and acquisitions (M&A) league table of the top 10 financial advisers in the retail sector based on deal value in the first three quarters (Q1-Q3) of 2019, according to GlobalData, a leading data and analytics company.

The American investment bank advised on 12 deals worth US$32.7bn, including the big ticket deal of EP Global’s acquisition of 100% stake in Metro.

According to GlobalData, which tracks all M&A, private equity/venture capital and asset transaction activity around the world to compile the league tables, Rothschild & Co was at the second position with 28 deals worth US$24.1bn.

Nagarjun Sura, Financial Deals Analyst at GlobalData, comments: “Goldman Sachs emerged as the top financial adviser in the retail sector, whereas Rothschild settled in second position despite advising on 28 deals. Interestingly, Kirkland topped the legal adviser category in terms of volume and value.” 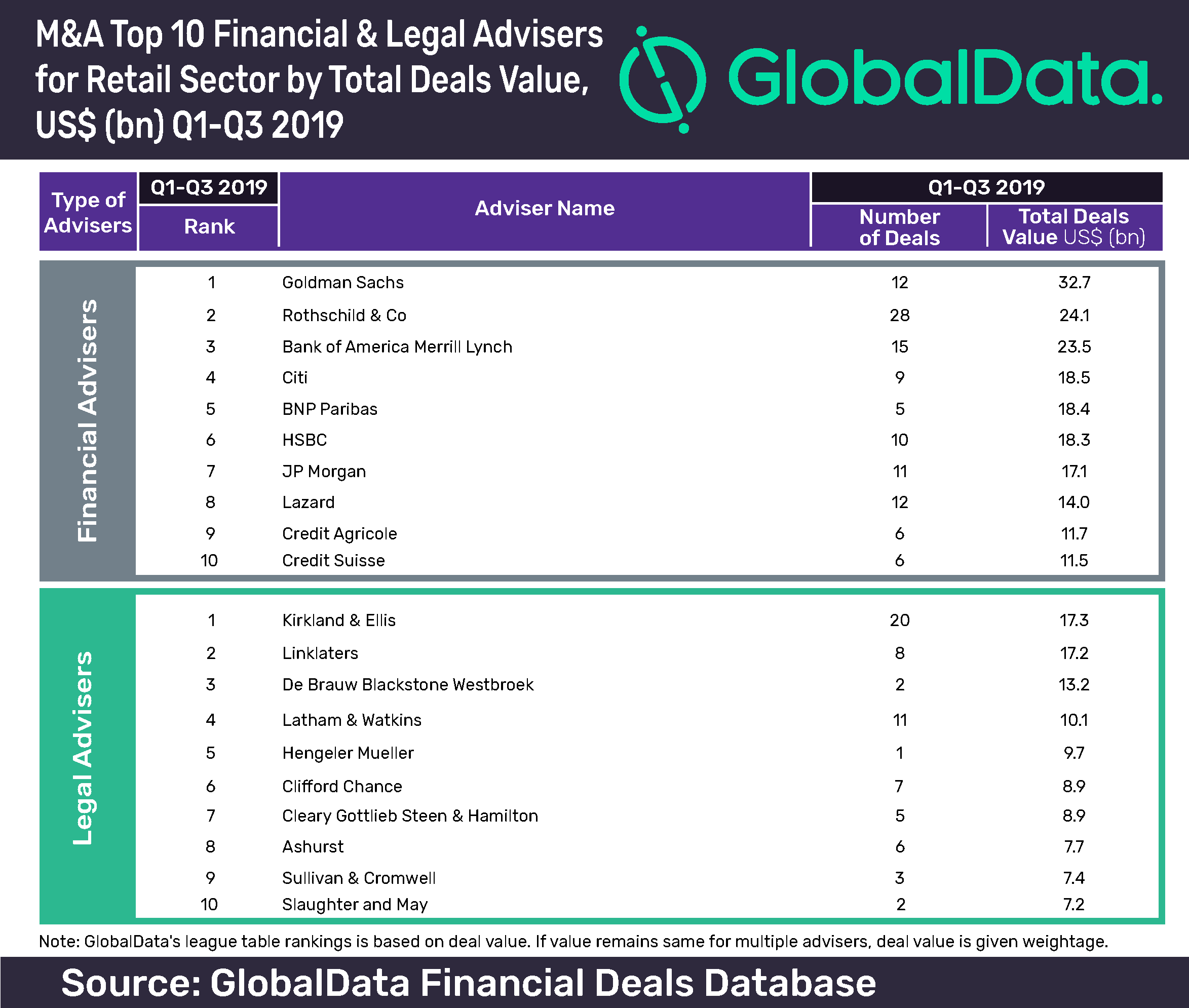 Law firm Kirkland & Ellis emerged as the lead player in the list of top 10 legal advisers, in terms of deal value. It advised on 20 deals worth a combined US$17.3bn. Linklaters occupied the second position in terms of value, advising on eight deals worth US$17.2bn. In the global league table of top 20 M&A legal advisers, Kirkland & Ellis was at second position. The global league table was led by Wachtell, Lipton, Rosen & Katz.