JP Morgan has topped the latest mergers and acquisitions (M&A) league table of the top 10 financial advisers in the construction sector based on deal value in the first three quarters (Q1-Q3) of 2019, according to GlobalData, a leading data and analytics company.

JP Morgan left behind its counterparts Morgan Stanley, Rothschild & Co and Citi to lead the table with 19 deals worth US$25.4bn.

Ravi Tokala, Financial Deals Analyst at GlobalData, says: “M&A activities in the construction sector continue to trend downward in Q1-Q3 2019 and almost all the top advisers by value advised less than 15 deals, except Rothschild & Co and JP Morgan, which managed to work on 22 and 19 deals, respectively.  The absence of mega deals and less than 35 deals crossing US$1bn value led to a major drop in overall deal value in the construction sector.” 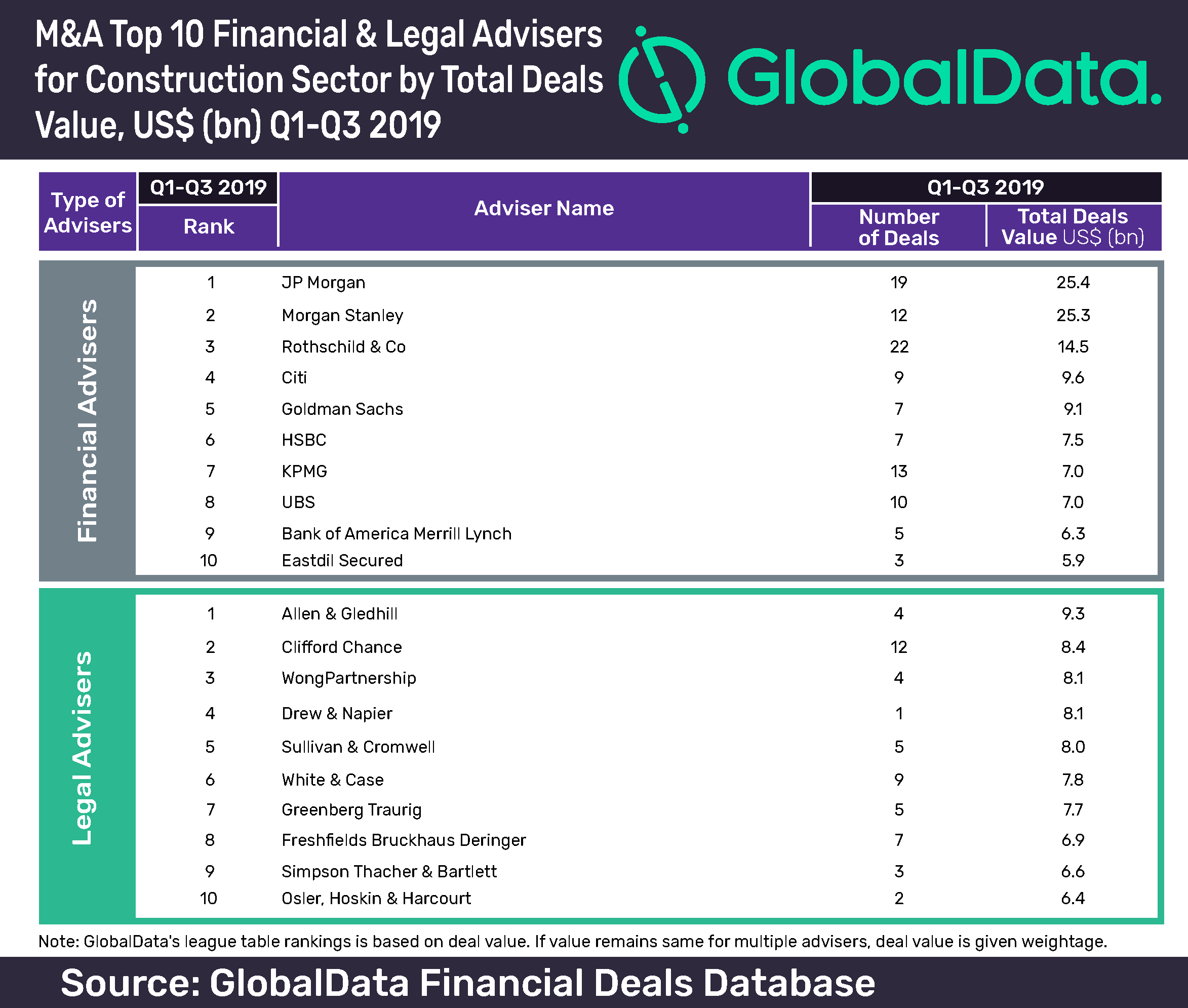