The gaming industry has become a mainstream market in recent years. Non- traditional gaming companies are also getting into gaming,  with technological advancements such as AI, VR, 3D graphics and metaverse. Against this backdrop, Microsoft Corp has emerged as the most discussed company with 28% share among the Twitter influencer conversations around gaming in Q1 2022, finds the Social Medial Analytics platform of GlobalData, a leading data and analytics company. 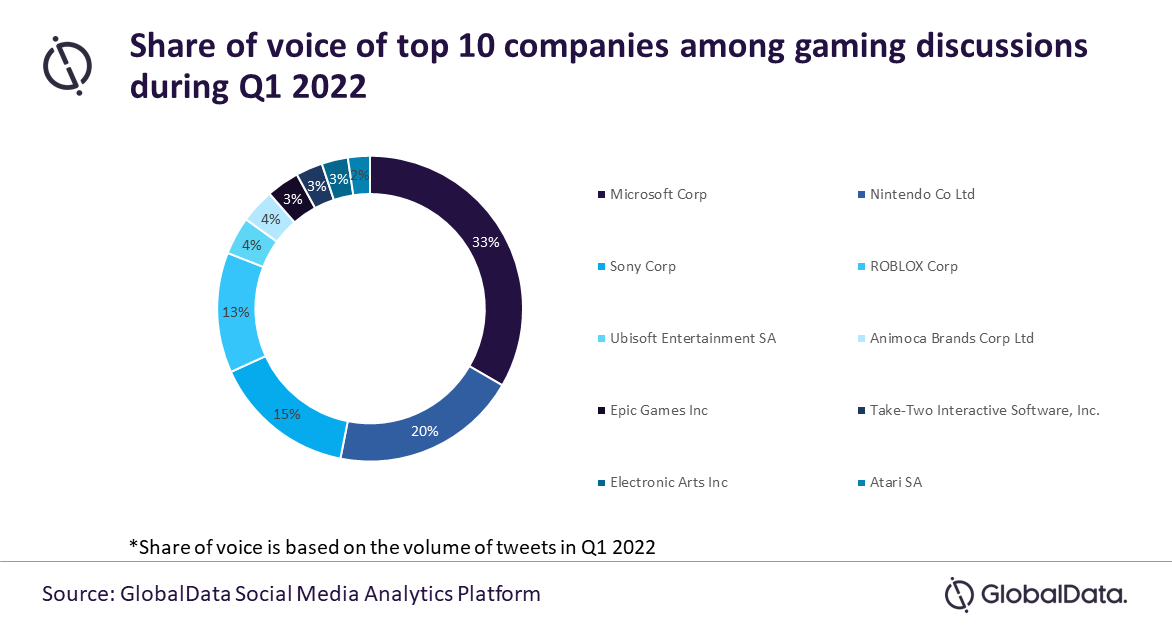 Smitarani Tripathy, Social Media Analyst at GlobalData, comments: “‘The metaverse’ was one of the top trends discussed among the influencer discussions on gaming during Q1 2022, as influencers opine that the metaverse is revolutionizing the gaming industry to derive the maximum consumer engagement. They have also discussed how metaverse is used as a unified and interoperable space for gaming.”

Nintendo contributed 17% share of voice in Q1 2022 and emerged as the next most mentioned company around gaming-related discussions.  The highest peak in influencers discussions was noticed following the reborn of Wii sports as ‘Nintendo Switch Sports’.

Take-Two witnessed 170% growth in conversations, the highest growth among the top 10 most mentioned companies during Q1 2022, led by the revelation of the company’s plan to acquire the mobile game maker Zynga for $12.7bn. Influencers are of an opinion that the company’s decision to acquire Zynga is a strategic decision to enhance its positioning as a global leader in interactive entertainment.