The net metering market has grown significantly in the past five years, driven by simple installation procedures, favorable government policies and the affordability of rooftop solar photovoltaic (PV), according to GlobalData, a leading data and analytics company.

GlobalData’s latest report: ‘Smart Grid Policy Handbook 2019’ reveals that solar PV is the most popular technology to use net metering for grid connection and small wind is at a distant second in terms of capacity connected to the grid.

Harshavardhan Reddy Nagatham, Power Analyst at GlobalData, comments: “In countries with large solar potential and ambitious solar PV targets, rooftop solar is being looked at as a major means to achieve a significant portion of the solar or renewable power targets and net metering policies promote installations by making an installation not only reliable for backup but also profitable through the sale of surplus electricity to the grid.”

A number of countries already have net energy metering protocols and equipment in place. Countries including the US, Canada, Mexico, Brazil, Australia, India and South Africa have policies that support and subsidize the installation of net meters, as well as policies that mandate utilities to provide a fair tariff to net metered customers.

The US is among the largest markets for net meters. In the US, policy and regulatory drivers at the federal and state levels for net metering and other smart grid aspects such as demand response, energy storage and cyber-security have been the major drivers for innovation in energy efficiency programs. The number of net metering customers in the US has grown over 10 times between 2011 and 2018, increasing from around 178,000 in 2011 to over 1.9 million in 2018. 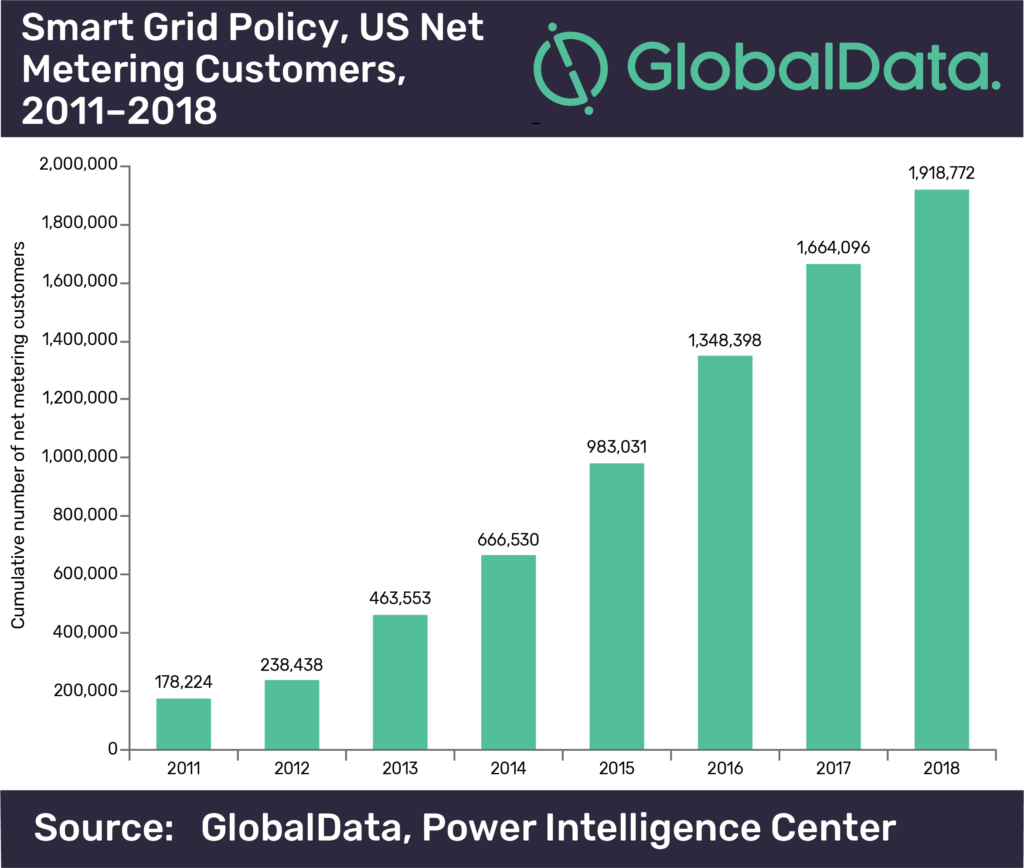 Nagatham adds: “The use of smart meters and demand response is also being actively encouraged by governments and deployed by utilities to better match the demand with the supply and reduce the peak load.”

The development of standards and interoperability protocols is something that most smart grid aspiring countries have been actively pursuing. Several countries included in the report either have smart grid standards established or have formulated roadmaps for the implementation of standardization of their respective smart grids. The US Department of Energy (DOE), along with the National Institute of Standards and Technology (NIST) and other standard development organizations, has developed tools that define industry-based standards, protocols and business practices. All smart grid projects approved and funded under the various smart grid grant programs are required to address cyber-security and interoperability standards devised by the DOE.

Nagatham concludes: “The policy structure and incentives supporting smart grid development in various countries have led to significant development in smart grid projects in these markets. As a result of growing concerns over energy security, most major electricity consuming countries are in the pursuit of strengthening their grid reliability, which will help to minimize losses and use electricity efficiently.”