Goldman Sachs has dominated the latest mergers and acquisitions (M&A) league table of the top 10 financial advisers for the consumer sector based on deal value in the first half (H1) of 2019, according to GlobalData, a leading data and analytics company.

The investment bank advised on 24 deals worth a combined US$43.4bn, including the big ticket deal of  Merlin Entertainments’ acquisition by KIRKBI Invest, Blackstone and Canada Pension Plan Investment Board (CPPIB) for US$7.56bn.

According to GlobalData, which tracks all M&A, private equity/venture capital and asset transaction activity around the world to compile the league table, Credit Suisse trailed Goldman Sachs with 12 deals worth US$35.4bn. Despite advising on 12 deals, Deutsche Bank stood third with US$29.1bn.

Nagarjun Sura, Financial Deals Analyst at GlobalData, says: “Latham & Watkins emerged as the top legal adviser in the consumer sector, mainly driven by its involvement in Eldorado Resorts’ acquisition of Caesars Entertainment for US$17.3bn. Though Kirkland & Ellis advised on the highest number of deals among the top 10 advisers, it remained at second position in value terms due to its involvement in low-value transactions.” 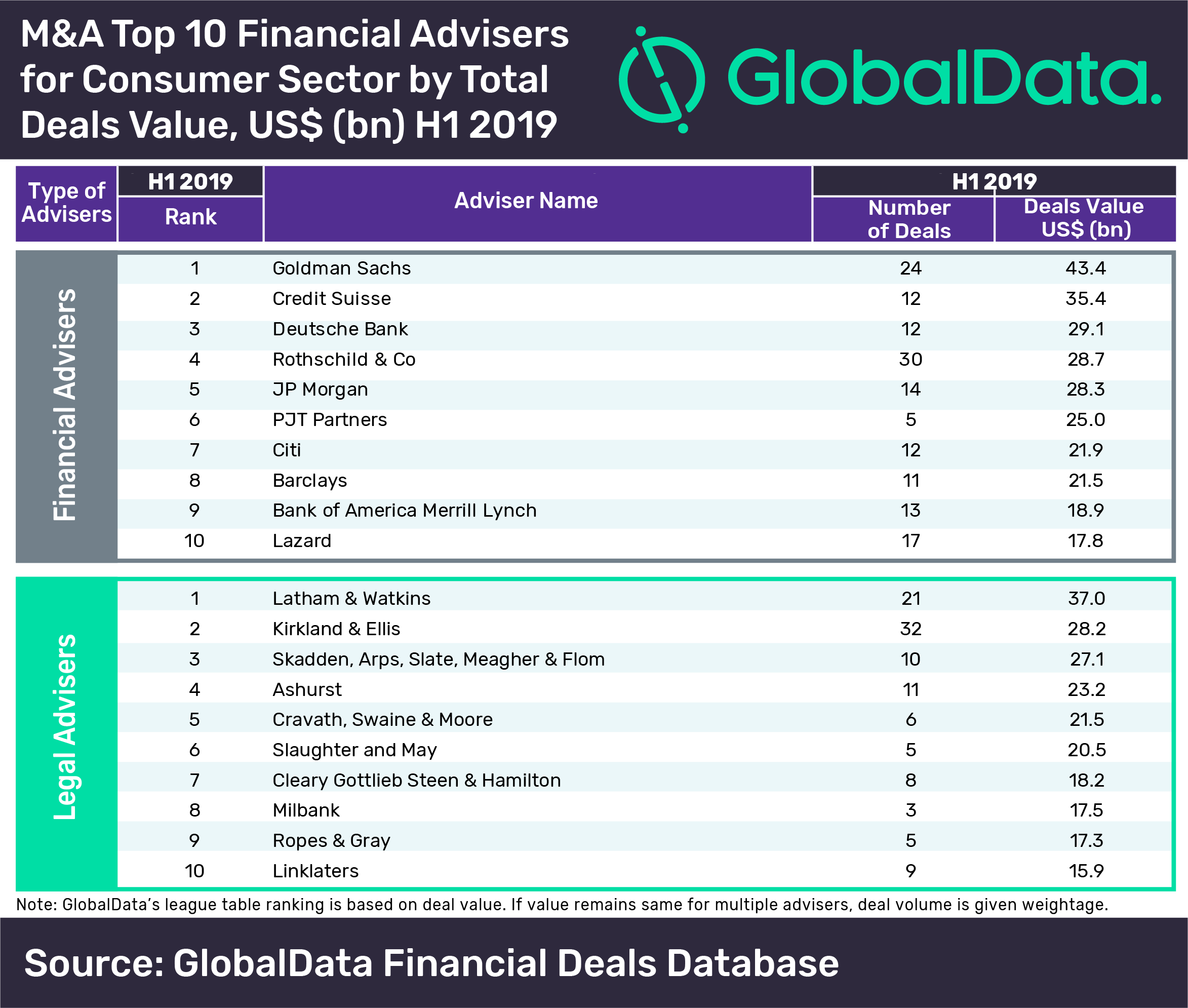